Wreck-Age: The Science and the Art

I stumbled on this story while going through some old files.

It's a short fluff piece I wrote for the rulebook for Wreck Age, by Hyacinth Games. And when I say short, I mean short. Embarrassing really, because not only was it all I was able to finish in the days leading up to my daughter being born (and thus the last thing I had time to write for some time afterwards), but also because I lost touch with the guys at Hyacinth, and coupled with some internal production problems of their own, I actually don't know if they used this story in the book(!).

Anyway...this was for one of their post-apocalypse factions, The Stitchmen - the last surviving doctors of the apocalypse who stole bodies and used the parts to keep themselves alive.

The Doctor startled himself with the sound of his voice. Not because he was speaking to an empty room (for in his old age the Doctor had become quite used to talking to himself), but rather, because he had never truly contemplated the futility of his works until the truth came tumbling from his lips.

Long before the world caught fire, there were new things to learn, and endless discoveries to be made. Once, he and his fellow doctors had the luxury to improve upon the medicine and not just manipulate it for survival. There was room to innovate, and each new day would bring a new discovery, a new technique.

And the world loved them for it.

They had been gods among men, with the ability to cure the sick and give life to the dying at their fingertips. They worked in pristine sanctuaries devoted to their crafts with gleaming tools, and their triumphs were celebrated across all of humanity as they lifted mankind ever upward towards perfection.

But the world had changed, and now they were forced to hide their talents from a society superstitious of anything above the most homespun salves and remedies. A society who eyed their great works with the same suspicion afforded to that of the common criminal.

They were demons living among animals. They were bogeymen, and monsters in the night.

Hiding themselves away in whatever secret holes they could find, they used the last of their skills, not for the benefit of mankind, but simply to…what? Continue living? Was that the last legacy that remained to them - to simply carry on?

Secreted away from the accusing eyes of a society who didn’t have the ability to recognize the magnitude of the doctor’s talents, their vast knowledge reduced to the mere repetition of refreshing their bodies with whatever scraps of flesh they could scrounge from the wastelands?

The Doctor sighed and shook his head as he looked at the filth of the room surrounding him – how far had he fallen that this was now considered fit to perform his surgeries.

Yes, sadly the science of it may be done… A spark flickered in the old man’s brain.

He licked his thin, dry lips and whispered, “But what of the art of it?”

Their operating rooms were once called “theaters” – could they not become places of great art once again?

Could the repetition make way for the mastery of the act, just as innovation could fall away in the pursuit of perfection in it all?

Hadn’t he taken those ancient medical oaths, those promises to serve mankind, to use his knowledge to heal all of humanity’s ailments? Didn’t he owe it to them to remain, despite their wishes, to drag them kicking and screaming like newborn babes into the future along with him?

“Yes, of course!” he told himself.

He and his fellow Stitchmen would be the progenitors of a brave new world that would rise from the ashes of the old. He would make humanity see that he did this for them, whether they liked it or not, and in time the Stitchmen would be gods once again!

The Doctor broke from his reverie as his assistant wheeled a fresh corpse into the operating room. The Doctor gazed down at it with an almost religious awe.

“Is everything okay, Doctor?” the assistant asked, although he could tell by the look on the surgeon’s face that he had been talking to himself again, and he knew it had been the same conversation the Doctor had every time. The Doctor’s body may regain its strength with every new transplant, but over the many lifetimes the Doctor had lived, his mind was slipping into the well-worn groove of senility.

And the Stitchman began to cut.
Posted by Odie at 7:10 PM 2 comments:

When I first started this blog, I decided that I would keep it as clean, concise, and as focused on my fiction work as possible. That meant no editorializing about nonsense topics, talking about myself, or posting anything on the blog that wasn't either a free fiction story, or some kind of notice about a piece of my writing that was about to be released elsewhere.

Well, this is sort of all of those things wrapped into one post...sort of. And it should be the last time I do this kind of post.

I've recently been exploring the deeper connections between creative inspiration, process, and the finished artistic product, and have started a sort of sister-blog to work in tandem with the free fiction blog here.

This new blog is Heavy Static.

On Heavy Static you'll be able to find a madhouse collection of articles, links, pictures, and musings on all of the things that inspire me creatively across a wide host of artistic disciplines - everything from authors, artists, comics, film and television, gaming, crime, horror, occult, grimdark, and creative and productivity processes of all types.

I want to gather together all of the things that I love, mash them all up in one spot, and see what kind of projects I can synthesize out of them. Heavy Static will be my R&D department where I can experiment with all sorts of creative...things, and see what works before taking it out to the showroom floor here on on this blog, or out into the wider world for publication.

I hope you'll check it out, and I hope you'll get as much enjoyment out of it as I will.
Posted by Odie at 2:17 PM No comments: 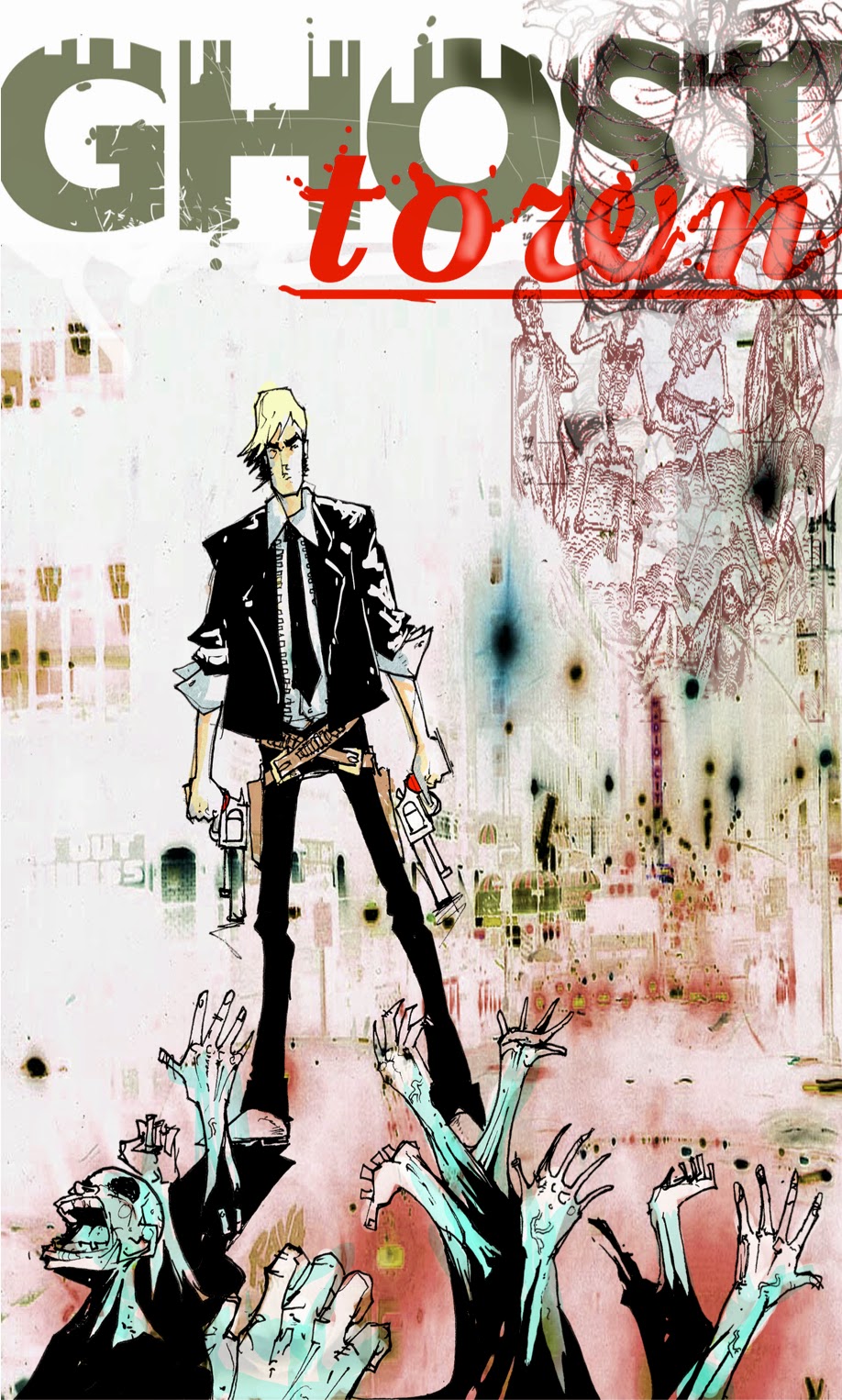 This is a favorite comic project that I did a while back, but sadly, despite interest from publishers it never got off the ground for multiple reasons.

I may end up novelizing this before too long.

Click the link below to read the full first issue. 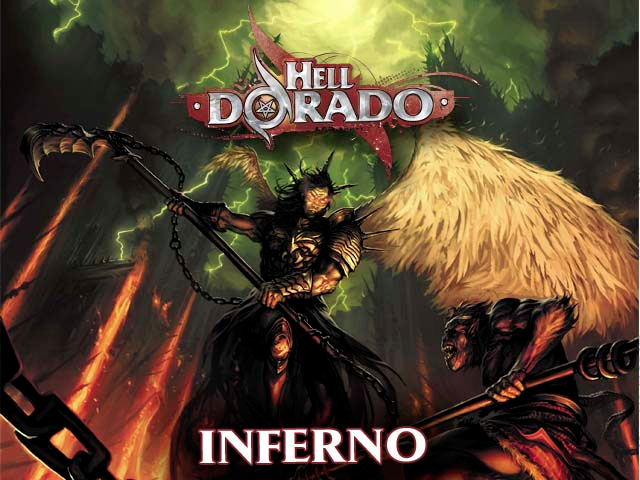 This is the introductory story I wrote for the Demons Faction, originally published in the Hell Dorado: Inferno expansion rulebook for the Hell Dorado miniatures skirmish game by Cipher Studios.


From the Memoirs of Brother Francois Gillmartin
Brother of the Order of Shining Light, Excommunicated
Discovered in the ruins of the garrison at Forsworn Pass, Outer Circle of Hell

To whoever may find these words, may they shed light on the horrors that have happened here, and may that light guide you to safer pastures.

It has been five years since the Earthly world Above discovered the gates to Hell.  I say “Discovered”, but in truth that may not be the right word, for in my estimation the gates had always been there.  They were simply waiting for some unknown signal to reveal themselves to mankind.

Where it is rumored that the Saracen cracked the gates wide by design, it is my belief that for the West, it was the blood of battle shed between brothers that allowed the Gate to Hell to yaw open before our people.  Perhaps we had to become not unlike demons ourselves, to be deemed worthy of free passage into the Inferno. 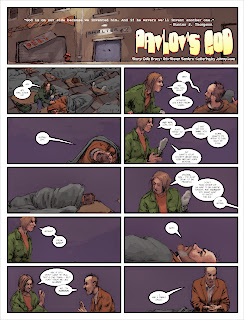 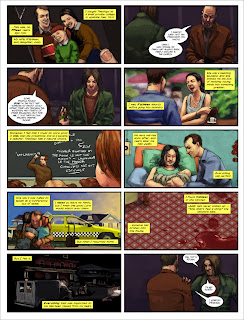 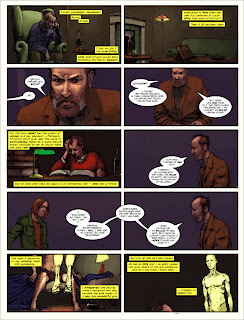 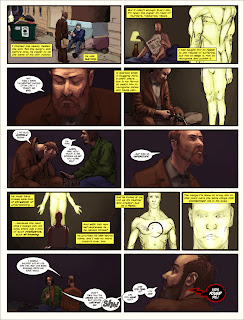 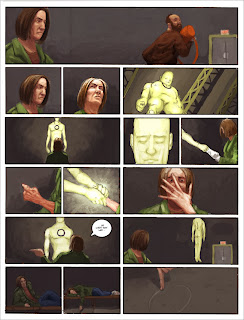 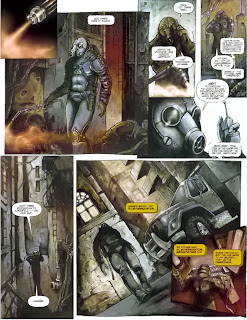 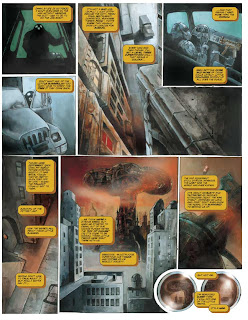 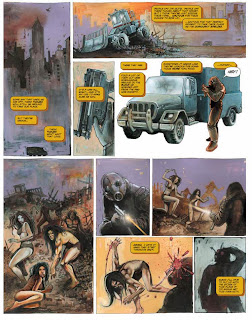 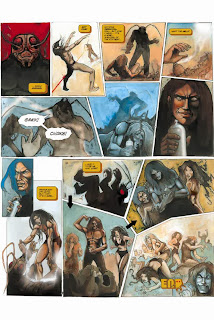 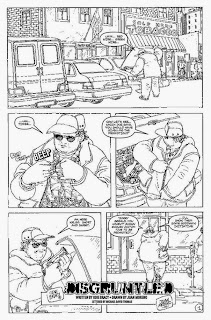 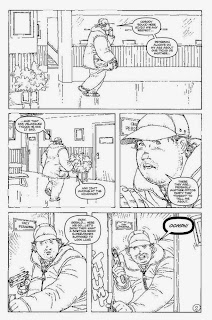 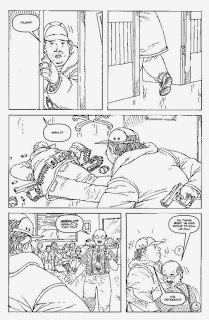 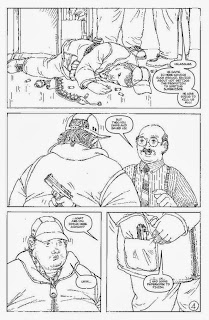 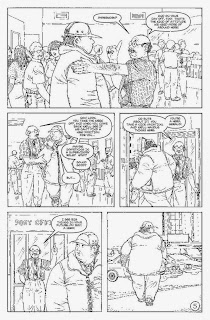 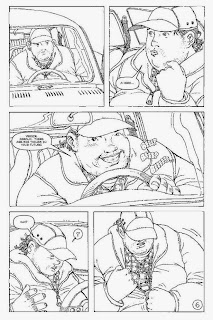 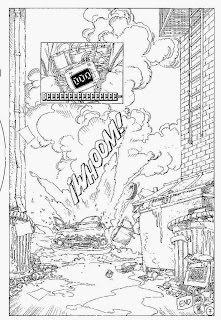 What's On My Bookshelf